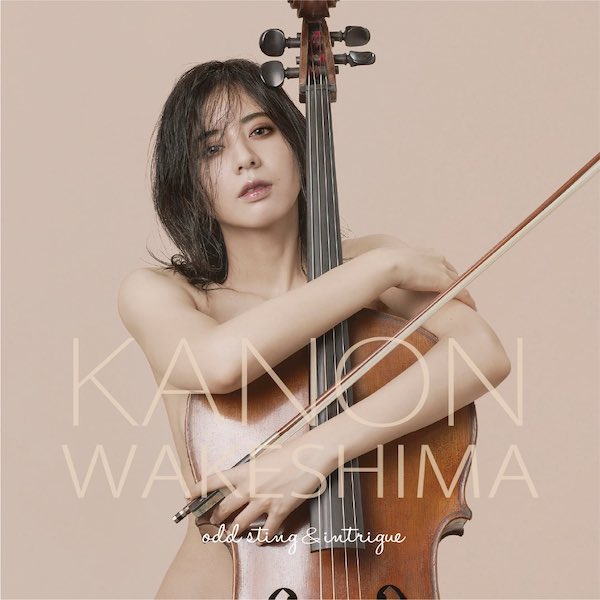 Having combined the visual style of Gothic Lolita with a theatrical baroque pop approach to her music, Kanon Wakeshima swiftly won fans over with her 2008 debut ‘Still Doll’. Albums such as 2009’s Shinshoku Dolce and 2010’s Lolitawork Libretto also demonstrated that ‘Still Doll’ was no one-off and that the musician was more than capable of delivering a range of stirring tunes, with a talent for melody and arrangement.

Her chief weapon of choice is the cello, an instrument that she’s been playing since she was three. Kanon also began writing and performing her own music while still in high school. Later, signing to the DefStar label, Kanon also began working with Malice Mizer musician and producer Mana, a working relationship that she summed up succintly: “He has a concept and pursues it to its extreme and has a lot of very specific ideas”.

2019 marked a special year of celebrations for Kanon as she marked the 10th Anniversary of her musical career, topped off with the release of the Decade album which showcased her best songs (and also showcased a few new ones).

Not stopping for breath, Kanon also delivered a brand new EP titled Odd Sting & Intrigue featuring five new compositions. As an EP, it also illustrates the evolution of Kanon’s sound – something which has been going through a natural development for several years. Her 2018 single releases, ‘One Last Time’ and ‘Rose’ presented an approach that had a more slick polish that dispensed with the theatre of earlier work to embrace a more lounge pop approach.

Odd Sting & Intrigue continues that trend with a series of well-crafted songs that ooze style and cast her vocal approach in a new light. Kanon’s talents with the cello are still present and correct, but deployed more strategically across the five pieces on this release. It draws her closer in style to the likes of musicians such as Utada Hikaru, someone else not afraid to combine a flair for song composition with a more quirky sensibility.

Opener ‘Next’ kicks things off with style, a polished composition whipped up from layers of glossy touches topped off with Kanon’s sensual vocal offering.

The sombre cello tones that open ‘Asteroid’ give way to a breathy vocal by Kanon on a composition dominated by layers of strings and hypnotic rhythms. ‘Asteroid’ also highlights a willingness on Kanon’s part to embrace English lyrics, which gives a new dimension to her musical talents.

‘Altar’ offers a more stately affair with a gossamer touch on Kanon’s singing voice and some easy percussive elements. Peppered throughout are some stirring cello segments giving the whole thing has a hymnal pop appeal.

Closing the EP out, ‘Reverse’ delivers a more organic sound with it easy blend of cello and piano. There’s a more stripped-down approach on the instrumentation as well as a more natural style to Kanon’s vocals here. While the song is rendered in Japanese, there’s a certain charm to Kanon’s English delivery of “Reverse, reverse, reverse” across the song.

Those that favour her Lolita Pop period may find less to dig into here, but Odd Sting & Intrigue offers up a Kanon Wakeshima for the new decade, delivering a series of slick lounge pop moments that have their own appeal.

Odd Sting & Intrigue is out now and is available via Apple iTunes.