For this year’s summer event, Hyper Japan will be host to some very special guests, including screen and stage stars Ken Watanabe and Takao Osawa. Bang will also be returning with his stunning dance performance. The event will also be hosting the HYPER Bon-Odori Challenge 3000 as well as the return of the ever-popular Sake Experience.

This year’s musical guests cover a broad spectrum and includes YUKIKA, DEADLIFT LOLITA, THE SIXTH LIE, ROA, EZYPT and LONDON BLUE among others. Here’s J-Pop Go’s preview of the musical treats ahead.

The electropop talents of EZYPT were already doing the rounds at a few select live shows in London a few months back (albeit as a 2-piece outfit). Their combination of theatrical style and energetic tunes made the group a standout success.

Consisting of Pharaoh, Patra, and Pyramy, EZYPT was formed in 2011 and have established themselves for their euphoric electro beats and melodies. Their dazzling stage attire (including a distinctive pyramid helmet) lends the group a visual presence that’s tough to ignore.

The 3-piece outfit shaped up their live shows in the club scene of Tokyo and have also performed abroad in Paris and Vietnam. As an outfit, EZYPT are guaranteed to pick up new fans when they hit the stage at Hyper Japan.

Formerly part of idol outfit Ladybaby, Ladybeard has appeared at Hyper Japan previously but this marks his first visit as part of Deadlift Lolita. Formed in 2017, Deadlift Lolita released their first single, the blistering ‘Six Pack Twins’ the same year. Weaving together idol pop and metal-inspired death screams, this new outfit embraces the Kawaiicore concept dialled up to 10.

Rock outfit ROA weave in the traditional shamisen into their output giving the band a unique sound and style.

Forms in 2014 by drummer AKABA (formerly of hardcore outfit SNAIL RAMP), ROA’s ‘shamisen rock’ seeks to pursue the concept of wayo wettyu, which encapsulates a blend of Japanese and western styles.

The multi-talented YUKIKA is a Japanese musician, YouTuber and radio personality who is also adept at both Japanese and English lyrics.

To coincide with her Hyper Japan appearance, Yukika is releasing her new album Who I Am. She will be performing songs from the new album during her stage performances, employing both rock and acoustic approaches to her tunes.

THE SIXTH LIE is an electronic rock band formed in 2015 in Tokyo by Arata, Reiji and Ray. Their band name comes from the words “Art is the most beautiful of all lies” by French composer Claude Debussy and is related to them wanting to create a lie so beautiful, it can’t be expressed with words or five senses.

There’s a science fiction element to the band’s visuals and they’ve toured abroad at venues in the UK, France, Germany and Canada.They also performed at Knotfest Japan 2016.

Inspired by the UK rock music scene, this 5-piece outfit consists of Kana, Kayano, Rina, Kyoka and Rinka (although Rina won’t be joining them for their UK visit). Their 2016 debut album We are LONDON BLUE scored high and introduced audiences to their combo of bubblegum pop and rock.

TOKYO FLAVOUR brought their talents to bear as winners of the Idol Battle, presented by MINARA, NAMA TV & .yell.

Anison Evolution pull from a bewildering array of influences, including jazz, rock and pop – as well as dipping into both Japanese and English musical styles.

Led by TAKAAKI, Anison Evolution utilises a variety of musicians and members to create a unique sound that still caters to fans of anison.

The multi-talented Taketeru Sunamori will be bringing his DJ skills to Hyper Japan this weekend (read the J-Pop Go interview).

In his native Japan, Taketeru has carved out a path as a novelist and a composer. In 2013 he wrote a novel that was published by iconic publishing company Kadokawa Dengeki. But his music career has also seen him release his first major label album Kakusei Love Survivor on anime label Flying Dog. 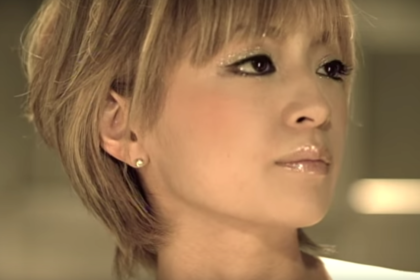