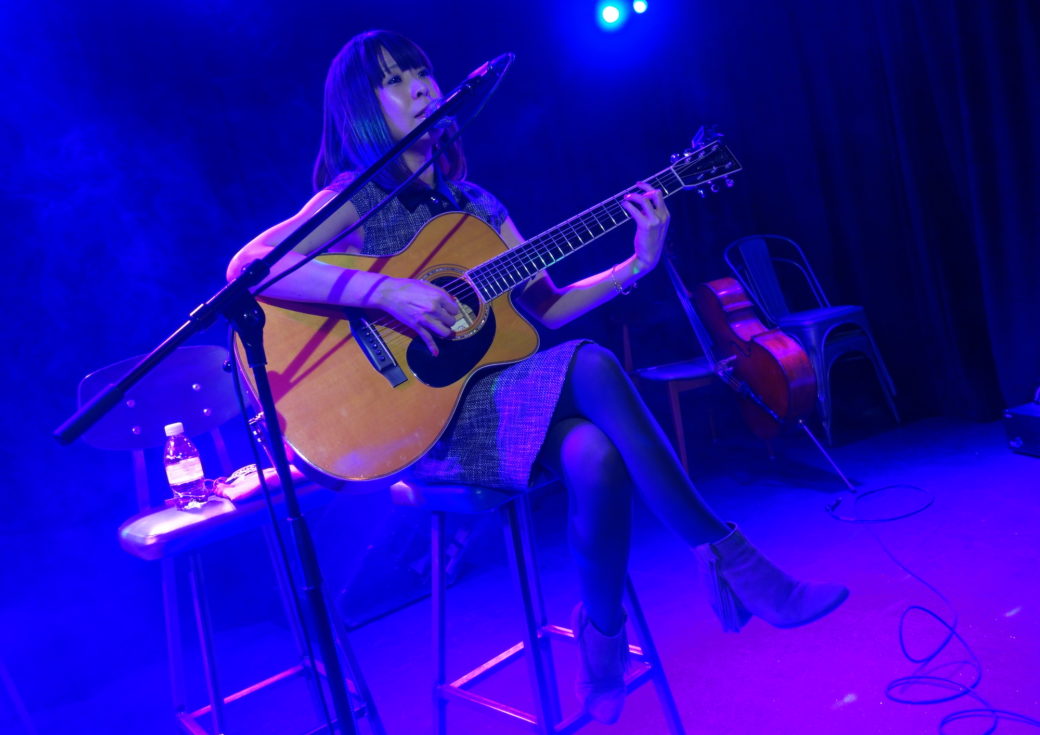 Those familiar with the Japanese grassroots music scene in London will no doubt be familiar with singer/songwriter Jun Okada. A regular performer at many gigs, including open mic performances and impromptu shows at Japanese venues, Jun also spent nearly ten years in the UK busking around town armed only with her guitar and distinctive voice. While in London, Jun also spent two years studying and graduated with a Master of Arts Music qualification.

Her 2005 debut album Anemone on the Zipangu label featured bittersweet moments and emotionally-charged compositions that touch the heart. “I chose the title Anemone intuitively” Jun commented on her debut, “and later found that, in the language of flowers, it represents ‘withered hopes, fragile love, anticipation and truth’. I thought it fitted perfectly with my ideas for the album”

This was followed up by her second album, 2009’s bolder Nemureru Mori (sleeping forest), which continued along similar themes, although perhaps with a more wizened outlook.

In January 2020, Jun formed part of the lineup for a special New Years celebration gig, which also featured Kanon Wakeshima and Hide Takamoto. During that appearance, J-Pop Go caught up with Jun to chat about her time in the UK.

Can you tell me a little about the reasons that you originally came to the UK?

I came here to study music. I played guitar and sang in Japan at many gigs, very small venues. Not so big – like Kanon!

What topics or themes are typical influences for your songs?

Broken hearts, love stories, my experiences, my life. Everything is about me. It’s personal, it’s very sad. You recently graduated with a Master of Arts in Music, How did that feel?

How have you found your time in the UK? What was your favourite thing about the country? Any favourite food you took a liking to?

Food? Not terrible! (Laughs) I sometimes go to open mics and everyone loves music and everyone enjoys. If I’m good or not they enjoy, so I like it. Everyone’s happy.

Do you have any thoughts on the current Japanese music scene?

I don’t know about the current Japanese music scene. I’m not too familiar with what’s going on.

Are there any other particular Japanese artists that have influenced you?

Many singer songwriters, like Cocco, she is from Okinawa.

What are your musical plans for the future?

I will play music in Japan and I think I will release an album on indie label. But I’m not sure yet – and then I want to come back here again. 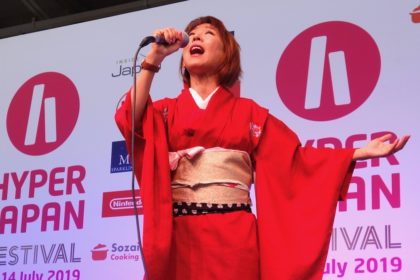