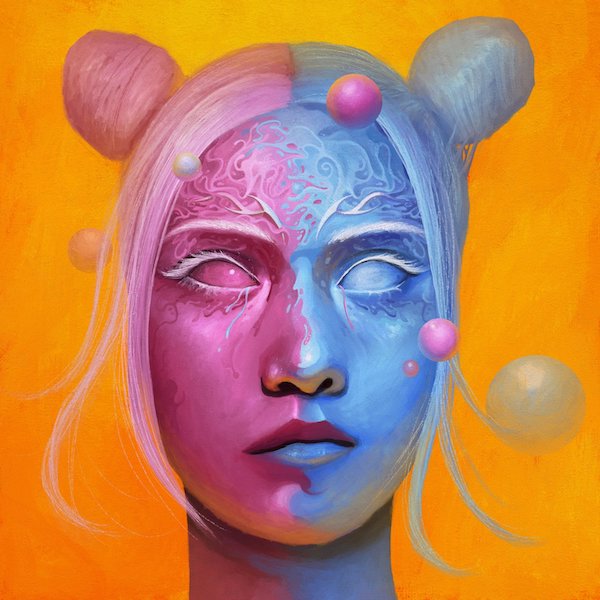 2020 proved to be a pivotal year for FEMM when they announced an “upgrade” from FEMM 1.0 to FEMM 2.0. RiRi and LuLa’s particular flavour of dancepop was also given a refresher course care of the 404 Not Found EP (see J-Pop Go review previously).

FEMM also embarked on some intriguing collaborations, which added a fresh angle to their musical approach. But ‘Sugar Rush’ (see review), which marked FEMM’s first 2021 release back in January, also revealed a more human aspect to RiRi and LuLa, showing a departure from their tight mannequin style to showcase more fluid moves.

They’ve also kept busy throughout 2021 with a variety of single releases, culminating this month with the release of a new album. Tokyo Girls Anthem sports a striking (and suitable) dual image picked out in eye-catching primary colours. The album’s selection of tracks is, however, unusual. None of the 2021 releases appear on this album, which also features several tracks that have previously been released (in one form or another).

Quite why FEMM have opted for this choice is unclear, although they have been keen to rework and refine new material since 2018’s dollhouse EP emerged.

That said, Tokyo Girls Anthem manages to stand on its own as an album (albeit with a strange track listing) and also sees FEMM venture a little more into R&B territory. That approach isn’t too surprising given the various guests on the album, which includes Yup’in (who also formed part of ‘supergroup’ FAMM’IN with FEMM and FAKY), rapper Elle Teresa and Duke of Harajuku (via music label tokyovitamin).

The album’s title track is a pure delight. FEMM’s treated vocal style is employed to deliver the (obviously) anthemic composition. It’s a sharp, clean outing dominated by the vocal melodies and features production by Star Boy (Lil Uzi Vert, DaBaby, Future). “Hands up” is the mantra across this number, which is dedicated to the girls around the world and includes the emphatic couplet: “Tokyo girls run the world /And we run it right” .

‘Mental Health’, which features the talents of Yup’in, is (for the most part) a spikier affair with its glitchy percussion and attitude-laden narrative. There’s a more laidback approach on ‘ld: T1g3r’ with some lush synth washes.

On the simple charms of ‘Dolls Kill’ (which features Elle Teresa), the song’s clockwork rhythms and clipped vocal delivery suggest an interlude of sorts.

The dynamic ‘Plastic’, which originally appeared on the dollhouse EP, presents one of the album’s standout moments. Here, the song has a zippier electronic sound with a dizzying array of layers and fills. Meanwhile, ‘Boss’ (which was a work-in-progress instrumental on dollhouse, then appeared on the 404 Not Found EP) offers up a slower, more languid affair peppered with glitchy percussive effects. FEMM’s response to any potential haters (“Can’t fake your way up to my level/Take your ass and step back”) is a surprisingly pastel-coloured affair. FEMM stating “Don’t come for me with all the shade” in a dreamy, reflective fashion is certainly a mood.

Elsewhere, ‘Level Up’, another of FEMM’s collaborative efforts (here featuring the Duke of Harajuku) serves up one of the album’s slickest numbers. Previously issued on the 404 Not Found EP, here, the tweaked vocal delivery is buoyed up by some subtle chiptune melodies. As a song, its lyrical narrative could also be viewed as an anthem for FEMM 2.0 (“It’s time to level up/Say bye to ur past now level up”).

Closing things out, the edgier ‘Peach’ throws down some frantic vocal melodies and some angular electronic flourishes.

Tokyo Girls Anthem is a strange album, but it’s not a release that’s lacking in tunes. FEMM’s sound is clearly evolving, but they remain an act that manages to always sound fresh and modern.

Tokyo Girls Anthem is out now via JPU Records: https://jpurecords.com/collections/femm/products/femm-tokyo-girls-anthem 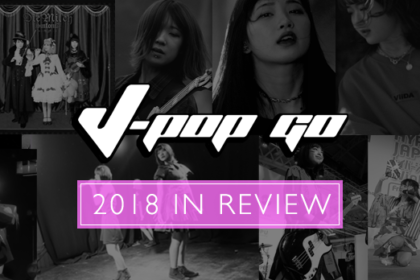