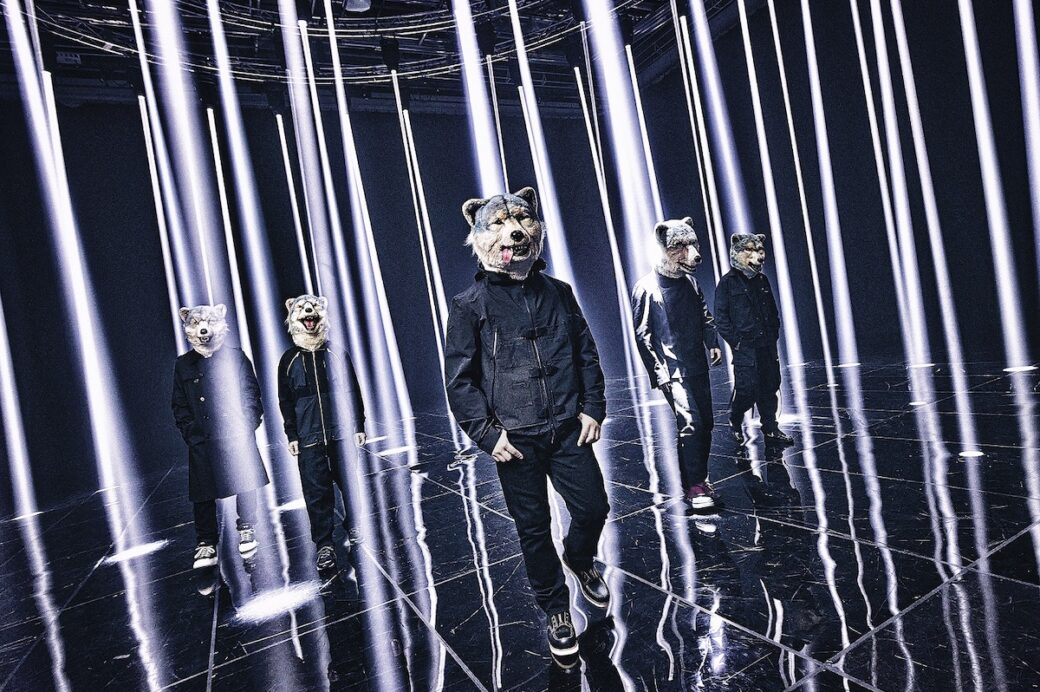 Japanese rock outfit MAN WITH A MISSION have returned with new song ‘Merry-Go-Round’, which also serves as the latest opening theme to popular anime series My Hero Academia. The new song comes on the back of MAN WITH A MISSION’s latest single release, the sweeping space rock of ‘INTO THE DEEP’ which accompanied the Japanese release of blockbuster Godzilla vs. Kong.

MAN WITH A MISSION have carved out a career as five members that are the ‘Ultimate Life Form’, each of which has the head of a wolf combined with a human body. Consisting of Tokyo Tanaka (vocals), Jean-Ken Johnny (guitar, vocals, rap), Kamikaze Boy (bass), DJ Santa Monica (DJ) and Spear Rib (drums), MAN WITH A MISSION formed back in 2010. They’ve since performed live shows at the prestigious venues including Nippon Budokan, Yokohama Arena, Makuhari Messe and Saitama Super Arena.

In more recent times, UK audiences would have caught them supporting the likes of Zebrahead (see J-Pop Go review previously) as well as appearances at festivals such as Download and Reading.

MWAM’s contribution to the world of anime isn’t a new venture for the rock outfit. Previously, their high octane outing ‘Database’ was used as the opening theme for Log Horizon, plus they served up tunes for other anime titles, including The Seven Deadly Sins and Inuyashiki.

My Hero Academia has become an anime hit in recent years, with its narrative tale of people possessing supernatural abilities (known as ‘Quirks’) and central character Izuku Midoriya, who battles against villains who try to misuse people’s supernatural abilities. The series is another title that originally featured as a manga in the pages of Shōnen Jump. It won the 2019 Harvey Award for Best Manga with over 50 million copies in circulation worldwide. Meanwhile, the anime adaptation has proved incredibly popular, with Crunchyroll listing it in their Top 25 best anime of the 2010s.

‘Merry-Go-Round’ has all the hallmarks of MWAM with its bold, hard-edged rock energy, which seems to be a suitable combo for an action anime.

‘Merry-Go-Round’ is out now: https://mwam.lnk.to/NwtYXPTA

My Hero Academia is currently streaming via https://www.crunchyroll.com/