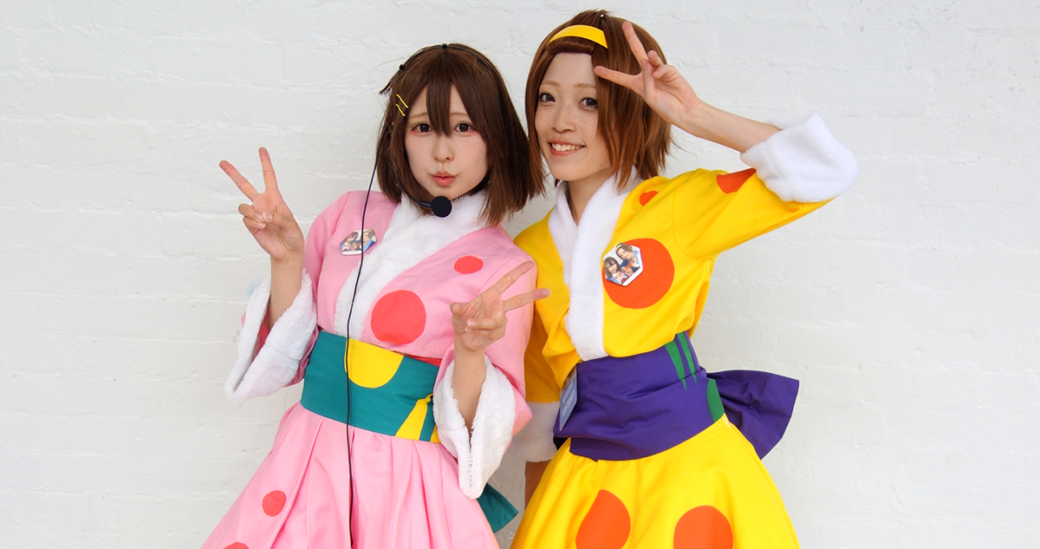 K-On! was a music anime series that became something of a phenomenon when it first aired back in 2009 (see J-Pop Go review previously).

Based on the manga series by Kakifly, the plot revolves around four high school girls struggling to form a band. The chief protagonist is Yui Hirasawa, a slightly ditzy character who begins the series with no musical experience. Having obtained a new guitar (which she dubs “Gita”) Yui eventually hones her skills as a guitarist. Joining her, drummer Ritsu Tainaka, bassist Mio Akiyama and keyboardist Tsumugi Kotobuki form the band Ho-kago Tea Time.

The songs featured in the anime also had some talented hands involved in their composition, including Tom H@ck (see J-Pop Go feature previously) who has also worked with Dempagumi.inc. A K-On!-themed mini album titled Ho-kago Tea Time made No. 1 on the Oricon charts while also shifting over 67,000 copies. The album also had the accolade of being the first anime character album to reach that slot in the charts.

At the same time, there’s a lot of clever allusions to real life musicians in the anime, such as character’s names being inspired by members of classic Japanese bands P-Model and The Pillows. K-On! was also responsible for a surge in the number of young women picking up musical instruments, inspiring them to tread the same path as the fictional anime band.

While K-On! has long since ended, there are still those shining a light for the classic anime. At Hyper Japan this year we were surprised to hear the familiar melodies of some of the K-On! songs wafting from the HYPER Street Live stage. Enter Hirasawa to Tainaka – a duo modelling themselves after the characters of Yui and Ritsu, who were performing across the Hyper Japan weekend.

During the course of their performances, Serina and Manamin (who play Yui and Ritsu respectively) delivered a broad range of K-On! classics. Their setlist included ‘Cagayake! Girls’, ‘Don’t Say ‘Lazy”, ‘Fuwa Fuwa Time’ and ‘GO!GO!MANIAC’. Adding to the theme, the pair also adopted a range of costume changes for different shows.

Intrigued by their performance, J-Pop Go spoke to the duo about their love for all things K-On!..

Why did you decide to form a K-On! Tribute band?

Manamin: I love Ritsu in K-On! and I also do dancing by myself, so I decided to dance with Ritsu costume. I hope that more people want to see my dance!

Was it difficult to learn the K-On! songs?

Serina: Yes, it’s difficult. Especially, I play Yui and I simulate Yui’s voice. Together with emulating Yui’s voice and singing, that was kind of difficult, hard to learn.

You sound remarkably accurate as Yui

You also have your own authentic version of Yui’s guitar ‘Gita’ as part of your performance. Is it very heavy?

Serina: Yes, yes it is heavy!

How long have you been doing the K-On! Tribute act?

Manamin: I started doing the K-On! performances 3 years ago.

Do you both do many performances in Japan?

Serina: Yes! Many, many stages!

Is this your first time in the UK?

Have you both enjoyed your visit to the UK?

Serina: The city view is very beautiful, and I love the UK!

What is your favourite English food?

Serina: I didn’t have a chance to enjoy English food so far. Last night I had pizza!

And what about you, Manamin?

Serina: At this moment, it is going down…

That’s a shame. But best of luck with your future performances and I hope you both come back to the UK in the future.

Serina: Thank you. Next year we hope to be on the main stage! 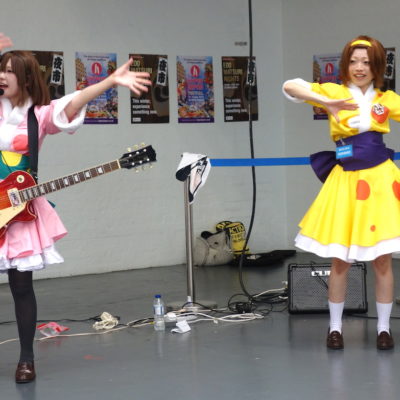 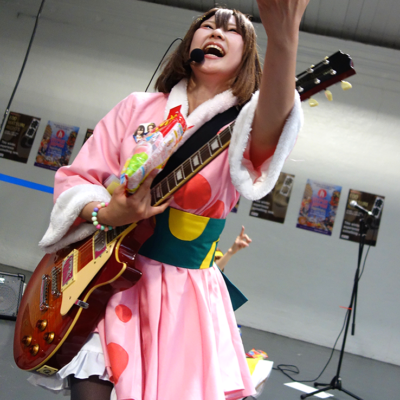 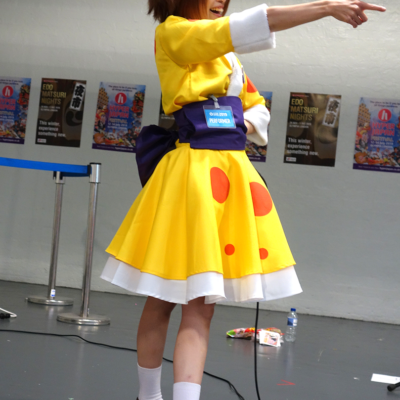 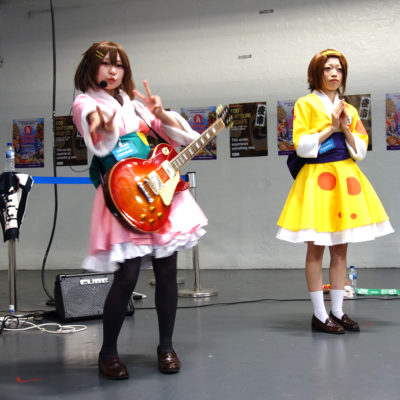 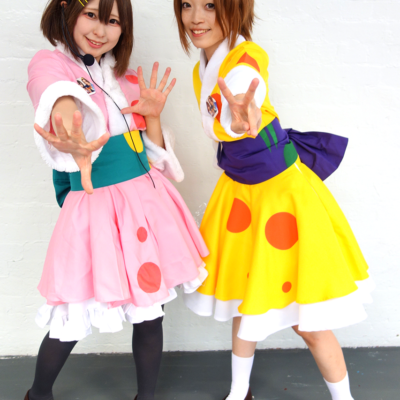 J-Pop Go extends its thanks to Serina and Manamin. Special thanks to Masaaki Endo.

Read more about K-On! in J-Pop Go’s archive of articles for the anime: http://www.jpopgo.co.uk/k-on-features/