What is it about K-On! that appeals to its many fans? Lizzie Ooi went to this year’s Kitacon event to chat to the attendees about the Hokago girls to get their views on the characters and the music. But what does Liz herself like about the series?

“K-On! first attracted my attention by its cute art-style and once I started watching it, the characters immediately grabbed me. I felt an instant connection since it reminded me of my high school days when my friends and I formed a band in Year 7 (which did not last too long *laughs*).” “All their characters have their own individual personality which I love, but my favourite character has to be Azunyan! She is so cute and moe in every way! Not only the characters are super-cute, their songs are too! Their lyrics are so adorably quirky and catchy. They will be sticking in my head for a while… “

For Tim Grimes, it’s the simplicity of the series that appeals: “It’s easy and relaxing to watch. At the same time the way in which each of the characters develops is great. The music is really catchy and it’s just pure clean fun”.

“I always wanted to be in a band, the instruments I played were the piano and violin, but I sadly stopped playing them years ago. K-On! certainly made me want to be in a band, but less for making music, and more for having that experience with my friends.”

“The way in which the characters have their own unique characteristics and flaws is done well. The characters develop through the series to overcome their flaws and end up become complete well-rounded people. For example, Yui and her lazy nature ends up find a outlet through music that allows her to move away more from that laziness. Azusa learns to be a little less serious and to focus on taking enjoyment from what she is doing etc…” “Adorable characters and the awesome music they create” says James, “It’s not your everyday usual high school music club! My favourite character is Ritsu as she and I both share a musical talent – which is drumming of course! K-On! has definitely influenced me in starting a band in Cambridge called Sakura Ongaku”.

Grayham likes the fact that K-On! is all about close friends who share the same love and appreciation for playing music. He also finds the unique humour in the characters cute and appealing. However he says his favourite character has got to be Mio! How could you say he isn’t the biggest Mio fan in here if he was even prompted on impulse to buy an electric bass guitar!

“One of the reason is that all characters are so cute” adds K-On! fan Aya, “But the best reason is that I have experienced the same situations when I was high school student. I made an all-girls band when I was a high school student. I used to play a bass (same as Mio). I love all the characters! However my favourite character is Mugi-Chan. She is a very unique character as Ojo-sama (rich girl)”.

Sinead enjoys K-On! for its cute, simple and believable plot which makes it really fun to watch. She finds that it’s an easy series to follow and a story made with real girls in mind. Her favourite character switches between Yui and Mugi. She loves Mugi for her gentle personality and her fantastically strange eyebrows, which has always attracted Yui’s attention through the series as well. Watching K-On! did not motivate Sinead to start a band since she claims that she cannot sing or play an instrument. However, like many K-On! fans out there, the series did inspire her to cosplay as the characters from K-On!. Her next cosplay planned will be Mugi from season one’s ending theme, so let’s keep an eye out for that! 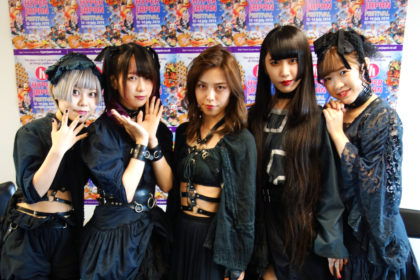 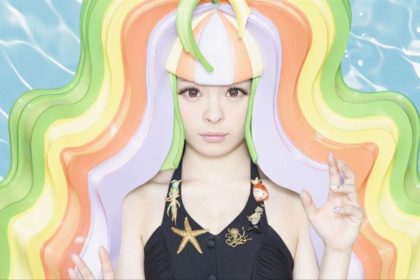