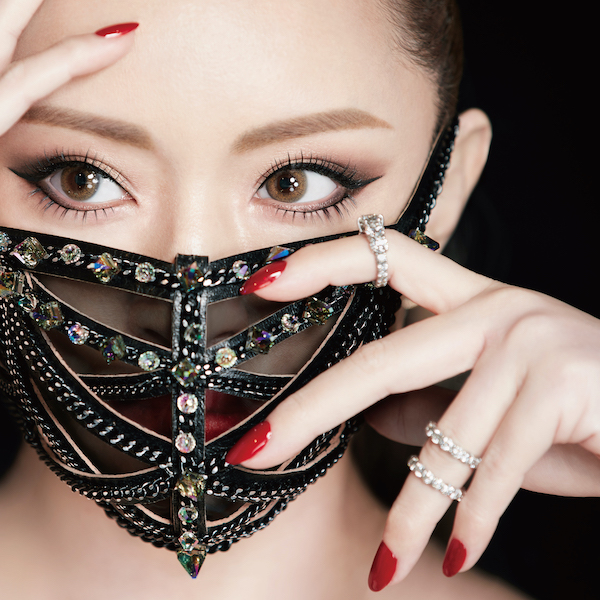 The return of Ayu’s trance classic

Ayumi Hamasaki needs little introduction as one of Avex’s most established musical powerhouses and one of Japan’s most well-known female musicians and singers. Now the reissue of classic 2002 remix album Cyber TRANCE presents ayu trance 2 serves as a reminder of her vocal talents.

Ayu originally emerged on the music scene back in 1998 care of her debut single ‘Poker Face’. The song reached No. 20 in the Japanese Singles Chart and was followed by her debut album A Song for ××, which boasted a No. 1 spot in the Oricon Charts with first week sales of 548,210 copies. The album also topped the chart for five weeks.

Following that auspicious start, Hamasaki’s career powered through a schedule of No. 1 singles, including the perky pop of ‘Boys & Girls’ (1999), the breezy ballad of ‘Seasons’ (2000), the hymnal qualities of ‘M’ (2000) and the frenetic rock style of ‘Evolutions’ (2001). She went on to win the prestigious Japan Record Award across three consecutive years and also became the first solo artist in the history of Japanese music to sell more than 50 million singles and albums. Ayu is also the first female recording artist to have ten studio albums since her debut to top the charts – and the first artist to have a number one album for 13 consecutive years since her debut.

Since then, she’s continued to write and perform music over two decades maintaining a high profile as a J-pop superstar. More recently, in 2020, Ayu held three live streaming concerts online during the pandemic and released 100 acapella songs for free across YouTube during the grim period of the Covid-19 pandemic.

Back in 2002, Ayumi Hamasaki’s classic tunes were given the remix treatment, care of established producers such as Ferry Corsten, Rank 1, Push, Lange and Flip & Fill. The result was Cyber TRANCE presents ayu trance 2, one of the year’s biggest trance compilations. That album followed on from 2001’s Cyber TRANCE presents ayu trance, which included mixes from genre pioneers Armin van Buuren, Above & Beyond, Airwave, Darren Tate, System F and Moogwai.

Now the Cyber TRANCE presents ayu trance 2 album has been reissued in a special complete edition (following on from a reissue of the original ayu trance album earlier this year). This includes both the Extended and Push remixes of ‘Connected’, produced by Ferry Corsten as an original Ayumi Hamasaki song. ‘Connected’ boasts a cinematic sweep featuring a soaring Ayu vocal matched with a pulsing electronic beat. ‘Connected’ hit the club charts in countries across Europe when it was released in 2002 and was featured in countless DJ sets and DJ-Mix compilations.

The idea of combining Ayu’s music with trance sounds like an unlikely concept, but Hamaski has enjoyed a long and rewarding relationship with electronic music. Across her prolific career, she’s clocked up 22 remix albums (including her multi-volume Ayu-mi-x albums), which includes work from the likes of Carl Craig, The Orb, MSTRKRFT, Armand Van Helden, Victor Calderone Stonebridge, Junior Vasquez, Blasterjaxx, Junkie XL, Coldcut, Eric Kupper, High Contrast, John O’Callaghan and YOJI BIOMEHANIKA. Since the release of Ayu Trance, Hamasaki has also been close with Armin Van Buuren, making a surprise appearance on stage to introduce the Dutch superstar at Ultra Korea 2013 and releasing ‘Terminal’, written and produced for her by Armin.

The Cyber TRANCE remixes give a euphoric, turbocharged quality to the Japanese artist’s iconic compositions. As a result, both albums found themselves charting not just in Japan and Asia but Europe and North America. Above & Beyond’s remix of ‘M’ managed No. 11 in the UK National Dance Chart and also reached No. 9 in the official German National Charts.

The versions on this Complete Edition reissue album include the DJ-only vinyl promos that were never sold to the public as well as some unreleased edits that haven’t been available previously, marking this release a must-have for Ayu fans.