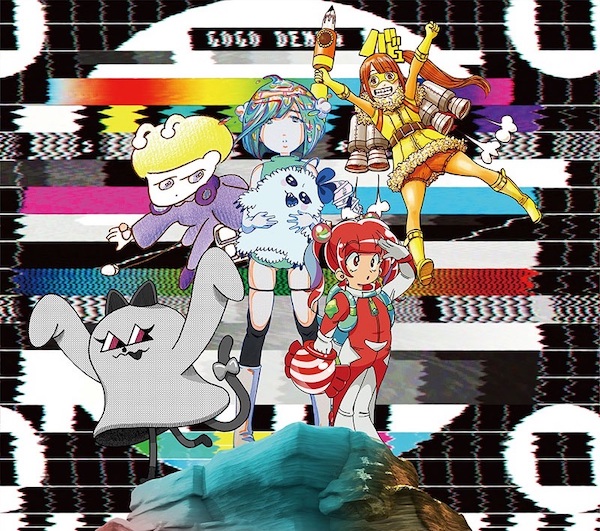 With the release of their fourth studio album Gogo Dempa, Dempagumi.inc appear to be on the path to establishing themselves as veteran idols. The real question is whether of not this suggests an evolution in their sound and if it’s possible for the Dearstage group to show a more mature side in their songs.

First, it makes sense to assess where Dempa are following on from their previous album WWDD (see J-Pop Go review previously). Back in 2015, as well as releasing the WWDD album, the group also surprised Hyper Japan audiences here in the UK by making an appearance (see our review). It marked the highest profile idol act to grace Hyper Japan’s stage and provided a rare opportunity for idol fans to catch Dempa outside of Japan.

The various members of Dempagumi.inc pride themselves as being otaku and this interest in the world of anime and video games is something that helps them connect with their fans. In an interview with J-Pop Go with Dempagumi, the topic of hikikomori (a Japanese term referring to people who withdraw from social life) was raised. Nemu chimed in with an interesting angle on this, suggesting ” I think it’s good also for people to get some time away from society when it gets too much.” Meanwhile, the general consensus was that Dempa try to help fans who perhaps struggle joining in with social life.

On that basis, it’s no surprise that Dempa tunes generally fall into the area of bright primary pop compositions. There’s very little in the way of down-beat songs and the traditional ballads that other idol groups dabble in is something that Dempa tend to skirt around as a rule.

As a result, Gogo Dempa runs pretty much as you would expect with zippy uptempo numbers with the occasional foray into more jazz-style arrangements (‘Ensemble wa Tenohira ni’ being a typical example). As ever, the album also collates all the post-WWDD single releases which results in something of a mixed bag of tunes.

In keeping with tradition, the album kicks off with a brief intro served by the album title track (in this case, an instrumental with brassy refrains).

The frenetic piano notes of ‘Ba! to the Future’ kick off the album proper. This composition comes care of Tom-H@ck (perhaps best know for his K-On! Work) who contributes to several numbers on Gogo Dempa. Originally released as a digital single, ‘Ba! to the Future’ hits all the Dempa tropes with its chaotic percussion, tight arrangements and a vocal delivery that at times suggests the Dempa team have been inhaling industrial amounts of helium.

Things step up a gear on ‘Fanfare wa Bokura no Tame ni’. There’s a much smarter use of melodic arrangement on this outing and there’s a dynamic quality delivered via the smooth production.

‘Wakusei★Seika ~Planet Anthem~’ drops the group into a much more electronic workout with some dubstep elements thrown in for good measure. While some critics might find fault with the electronic treatment to some of the vocals here, it provides a suitably technopop sheen to the song.

Then things switch to classic Dempa on the bonkers ‘STAR☆tto Shichauze Harudashi ne’, which comes via past Dempa collaborator Tamaya2060%. It’s a fast-moving affair with some odd country and western elements in the mix. Of all the tracks on Gogo Dempa, this outing appears to track closest to classic Dempagumi and there’s even an engaging breakdown and build-up towards the end.

One of the highlights of Dempa’s Hyper Japan performance was the towel-wielding choreography that accompanied the Hyadain/Tom-H@ck composition ‘Otsukare Summer!’ It’s easily one of Dempa’s finest moments and incorporates all of the insane instrumentation and fast-paced arrangement that you’d expect (equally, the accompanying video is a bonkers melting pot of visuals that includes the Dempa gang wandering around Tokyo as anthropomorphised mascots).

The mood changes for ‘Towa Zombina’ which sees Dempagumi playing around with Halloween themes. At times, it suggests a nod towards the more theatrical outings of Kyary Pamyu Pamyu which isn’t a bad thing although its serviceable Dempagumi at best.

The lounge pop of ‘Ensemble wa Tenohira ni’ is perhaps the closest that Dempagumi.inc are going to get to a more traditional sound. The use of brass effects and jazz arrangements lend it a sense of style combined with tumbling piano elements. At the same time, it’s not necessarily breaking new ground with most idol outfits having played around with this sound at some point. It’s interesting to look at some of the promo photos of the band produced for Gogo Dempa, particularly the apt lounge shot which seems to go hand-in-hand with the straighter sound of songs like ‘Ensemble wa Tenohira ni’.

Equally, ‘Kitto, Kitto ne.’ offers up a more laid-back outing that plays around with some Shibuya-kei elements. It’s also unusual in that it drops in some English lyrics in places (“Every day’s a new day”). It’s a pleasant enough outing, but seems to be diverting away from what makes the Dempagumi sound so compelling.

One of the album’s oddest moments perhaps is the inclusion of ‘Muna Sawagi no Himitsu?!. This composition (arranged by Keita Miyoshi) was part of a collaboration with both iconic Japanese character Hello Kitty and also a brand of insect bite relief. The end result is a brassy pop workout in which the lyrical themes explore the comparisons between unrequited love and mosquito bites.

While Dempa tend not to do ballads as a rule, as stated above, ‘Kibou no Uta’ sees the idol outfit actually using the opportunity to showcase how powerful their vocals can be. The use of strings and an almost military percussion gives this track a pleasant organic feel in places. Meanwhile, there’s some nice use of melodic lifts that give it a final polish.

‘Yume Sasu Ashita e’ is another stripped-back affair via Takashi Asano (another previous Dempa collaborator). With some tight guitar and percussion work it’s a pleasant enough composition, if not the album’s finest hour.

Gogo Dempa certainly has its moments, but at times it feels like its struggling to accommodate too many styles and themes to successfully pull together as an album in itself. While some of the more reflective moments have a charm to them, the truth is that Dempagumi.inc work best when they’re delivering bonkers energetic J-pop. This album has its share of those, but not quite enough to hold up as an album.

Gogo Dempa is out now.