DEMPAGUMI.INC have now officially been confirmed to appear at the summer HYPER JAPAN event.

The Tokyo-based idol act, who specialise in the denpa style of J-Pop (read: insanely catchy), have been barreling along since 2008, but it was the rapid-fire pop of 2013’s ‘W.W.D.’ that really put their name on the map. Their latest album WWDD, which features singles such as ‘Sakura Apparition’, ‘Chururi Chururira’ and ‘Dempari Night’ has just been released, making this announcement all the more timely. The album is also available via UK iTunes: WWDD – Dempagumi.inc

The outfit will be performing live on Sunday at Hyper Japan and the event will also feature a Dempagumi.inc-themed art installation in the Hyper Gallery area throughout each day of the event.

Hyper Japan is the UK’s biggest celebration of Japanese culture, cuisine and entertainment and will be taking place at their new home of The O2 in Greenwich, London on 10th–12th July 2015. Amongst the other musical guests will be colourful idol trio Heisei Kotohime, who are known for performing with contemporary versions of the traditional koto instrument. Visual Kei group Lost Ash will also be performing at the event in July.

Pre-Sale Tickets
Pre-sales of Hyper Japan Festival tickets will start on Tuesday 17th March exclusively for subscribers to the Hyper Japan newsletter. Regular ticket sales will commence at 9.00am on Friday 20th March. Those wishing to take advantage of the early ticket sales can sign up to the newsletter at the following link: http://hyperjapan.co.uk/contact-us/newsletter/

Early Bird Tickets
Early bird tickets will be available for a limited time until Friday 10th April, for the discounted price of £10 for the Friday and Saturday 1st or 2nd sessions, and £13 for the longer Sunday session. For further information on the various ticket prices for HYPER JAPAN Festival, please refer to: http://hyperjapan.co.uk/tickets/ 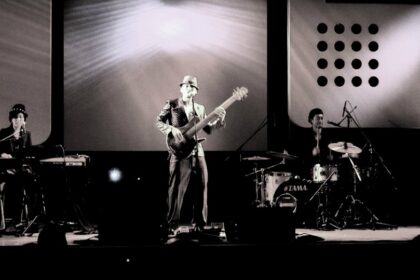