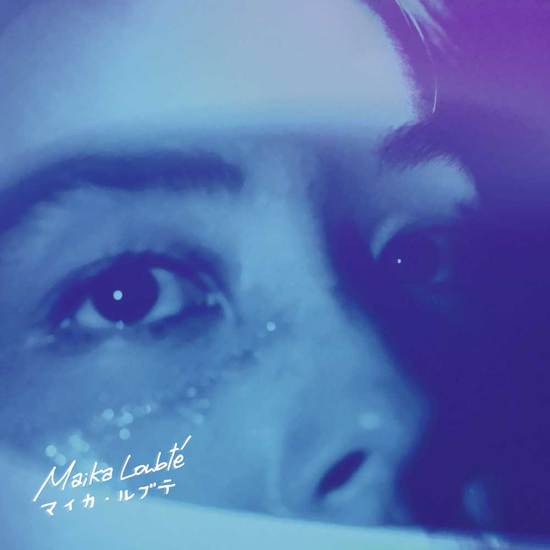 The name of Maika Loubté will probably find familiarity among anime fans for her contributions to Carole & Tuesday. The musical sci-fi anime by Cowboy Bebop creator Shinichiro Watanabe has proved to be popular anime title of late, in particular for its musical flourishes.

During her formative years, Maika enjoyed an intriguing cross-continent background that saw the songwriter and producer raised in Paris and Hong Kong. Now based in Tokyo, Maika has utilised her arsenal of analogue synthesisers to produce a collection of songs under the title Closer.

There’s a curious combination of fragility matched with a warm synth sound across the tracks on the album. From the synth-tinged moods on the breezy ‘Mountaintop’, the whispery charms of ‘Runaway’, through to the pastel tones of ‘Violet’s Green Eyes II’.

Elsewhere, the immediacy of ‘Nobara’ proved to be the tune that helped put Maika on the map, its percussive pop drive having an easy accessibility to it.

Back in 2019, ‘Nobara’ was used for a Google advertising campaign and broadcast on the huge screens outside famous Shinjuku fashion and music retail building Flags all summer to celebrate the store’s 20th anniversary. In September the same year, a remix of the track arrived from You Man, the electronic duo who spawned the club hit ‘Birdcage’ and remixers of Charlotte Gainsbourg among others.

Keeping a pop sensibility, the clipped beats of ‘Prismé’ provide a similar joy. It’s an airy outing that offers a strident, marching tone to drive things along. Meanwhile, the French vocal element oozes some suitable style and class.

Meanwhile, the groove art-pop of ‘Snappp’ has a bright, summery vibe to it. the track receives an additional boost by featuring a guest turn from Miho Hatori (ex-Cibo Matto, New Optimism). Elsewhere, there’s hypnotic beats and stylish electronica on ‘Celine’, which also features a guest appearance from techno producer Risa Taniguchi.

‘Niet’, which closes the album out, showcases Maika’s not inconsiderable vocal talents weighed against burbling electronic elements. It’s a warm, intimate outing which acts as the perfect end point.

Mastered by Parisian producer and DJ Alex Gopher, Closer presents some stylish synth appeal for the early part of 2020. Musically, the style of the compositions on the album suggests everything from Pixx to Christine & the Queens at times. It also boasts some fine standout moments, including the dynamic ‘Nobara’, the pop appeal of ‘Prisme’ and the groove-laden ‘Snappp’ which suitably demonstrate Maika’s talent for melody and arrangement.

Maika has already taken her talents abroad previously with tours in both China and Spain, but has plans to return to Europe in 2020 to celebrate the release of the new album.

Maika arrives courtesy of Toothpaste Records, who have previously given a platform for the retro styles of Tentenko back in 2018 and the perky pop of Zombie-Chang in 2019. Similarly, this release comes as a special vinyl package designed by Phil Boehm. Issued on limited edition transparent clear vinyl, Closer includes an inner sleeve complete with lyrics in both English and Japanese, plus download code for a bonus track.

Closer is out now on Toothpaste Records.