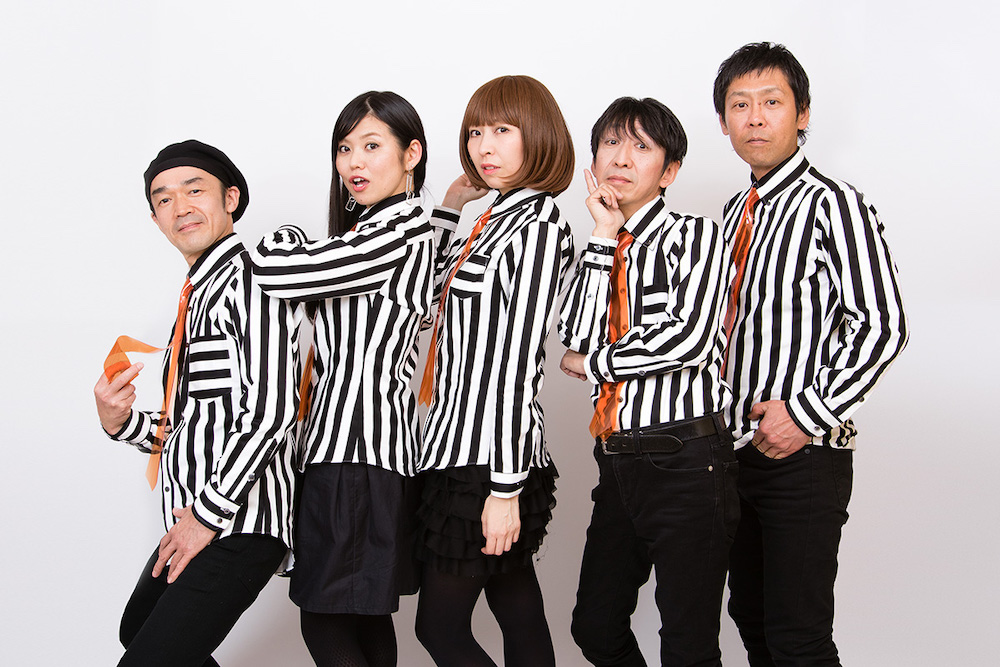 Previously unavailable outside of Japan, the set of early recordings — Koibito wa Kousite Tsukuru (2005), Sokokara Detekinasai (2006), and Otonatachi Kodomotachi (2007) — launched the band’s popularity in the Japanese indies scene, and the catchy riffs and outer-space energy of their music videos brought them to their USA debut at A-Kon in Dallas, Texas in 2008, coupled with a nomination for Best Japanese Pop Artist in Viz Media’s 2008 Shojo Beat Music Awards.

In the years following, the band toured the UK three times, including appearances at Manchester’s Doki Doki Japanese Festival.

“It’s so cool that our fans overseas can enjoy these songs again,” said band leader Nagai Grape. “Because of the first three albums, we started getting comments on YouTube and made our first fans in the West. The tours in America and the UK are some of my favorite memories. I hope everyone can play these albums loud and feel the great energy Budo Grape put into them.”