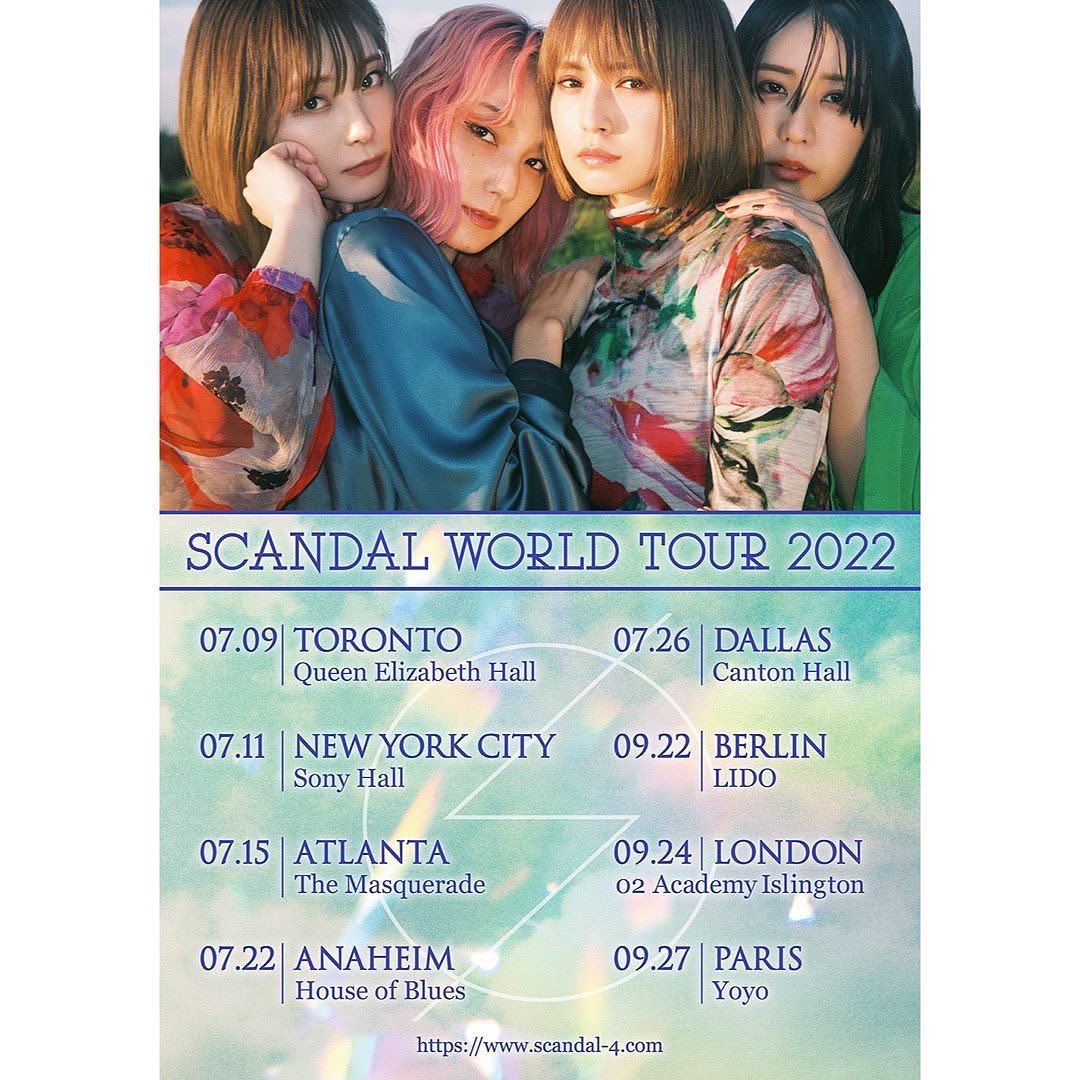 PLEASE NOTE DATE CHANGE SCANDAL will be making their only UK live date in 2022 on the back of new album Kiss from the Darkness. Since forming in 2006, SCANDAL have

SCANDAL will be making their only UK live date in 2022 on the back of new album Kiss from the Darkness.

Since forming in 2006, SCANDAL have become one of the most successful bands in Japan and one of the country’s most recognised pop-rock acts overseas. The band has had 17 singles rank in the top ten or higher of Japan’s Weekly Oricon Singles Chart; had all six studio albums reach at least top five of the Weekly Album Chart; and achieved position three or higher for all three compilation albums. SCANDAL’s impact has even been credited for a national rise in young women learning to play a musical instrument in Japan.

SCANDAL have also had a number of their tracks used as theme songs to anime series through the years, including Pokémon, Bleach and Fullmetal Alchemist. Kiss from the Darkness expands this further with album track ‘A.M.D.K.J.’ (pronounced “amidakuji”) appearing as the ending theme to the latest series of the iconic anime GeGeGe no Kitaro.

Kiss from the Darkness is the first to be released from the band’s own label “her” and is licensed to JPU Records.